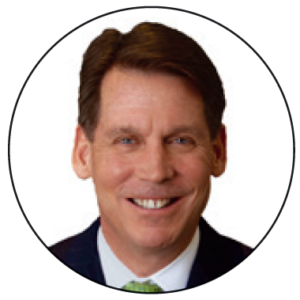 Corporate monitorships are back on the agenda under the Biden-Harris Administration in the United States. Companies facing a monitorship have an important undertaking ahead that will shape the outcome of the pending monitorship and the future of the company.1A corporate monitorship places on the party undergoing the monitorship an independent monitor who provides oversight of that company as required by a deferred prosecution agreement, non-prosecution agreement or another type of settlement agreement with the government. See also:
Corporate Compliance Insights: “Corporate Monitorship 101: Who Are They, and What Can You Expect?”, Jay Rosen, April 26, 2019.  This article is largely directed toward financial-services companies and the leadership, boards and counsel who advise them but could apply to other industries as well.

A lot has been written about corporate monitors and monitorships—how they have come to be, how the selection process works and how they operate under various enforcement agreements. The focus of this article, however, is on what to look for when selecting a corporate monitor.

Monitorships typically come through enforcement orders and agreements.2For purposes of simplicity, this article will largely reference the process adopted by the U.S. Department of Justice for the imposition of a monitor under either Deferred Prosecution Agreements (DPAs) or Non-Prosecution Agreements (NPAs), but many of the ideas outlined herein can apply in other enforcement action orders and agreements when an independent monitorship or consultancy is required. The terms of the monitorship are set forth in the underlying agreement, including the length, scope and requirements. The terms will vary depending on the particular facts and circumstances but are largely driven by the kind of wrongdoing that the impacted company engaged in—who was involved, the nature of the regulatory breach, whether the company had a compliance program, the efficacy of that program and the findings that have arisen therefrom.

In 2008, Craig S. Morford, then-acting deputy attorney general for the U.S. Department of Justice (DOJ), issued guidance in a memorandum entitled “Selection and Use of Monitors in Deferred Prosecution Agreements and Non-Prosecution Agreements with Corporations.”3U.S. Department of Justice: Morford Memorandum: “Selection and Use of Monitors in Deferred Prosecution Agreements and Non-Prosecution Agreements with Corporations,” Memorandum from Craig S. Morford, Acting Deputy Attorney General, DOJ, March 7, 2008. Since that time, the guidance has been modified a number of times.4See discussion below Throughout the Obama Administration, the DOJ’s use of corporate monitors grew significantly, particularly in the aftermath of the financial crisis.5Forbes: “Rethinking Corporate Monitors: DOJ Tells Companies To Mind Their Own Business,” Robert Anello, October 15, 2018. However, in 2018, under the Trump Administration, the approach to using monitors changed, with an increased focus on addressing the question of whether, and under what circumstances, a monitor is needed in an individual case. Brian A. Benczkowski, then-assistant attorney general for the DOJ’s Criminal Division, wrote in a memorandum to all Criminal Division personnel that the “Division should favor the imposition of a monitor only where there is a demonstrated need for, and a clear benefit to be derived from, a monitorship relative to the projected costs and burdens”.6U.S. Department of Justice: Benczkowski Memorandum: “Assistant Attorney General Brian A. Benczkowski Delivers Remarks at the Global Investigations Review Live New York,” Brian A. Benczkowski, Assistant Attorney General, DOJ, October 8, 2019. See also: Harvard Law School Forum on Corporate Governance: “The DOJ’s New Corporate Monitor Policy,” Ronald C. Machen, Erin G.H. Sloane and Emily Stark, Wilmer Cutler Pickering Hale and Dorr LLP,
November 5, 2018 Practitioners largely viewed this pronouncement as establishing a presumption that “a corporate monitor should be regarded as the exception rather than the rule”.7American Bar Association: ABA Practice Points: “DOJ Highlights New Guidance on Corporate-Compliance Monitors Among 2018 Achievements,” Eileen H. Rumfelt, April 11, 2019 To that end, in 2020, the DOJ did not require the appointment of a single independent corporate monitor in any of its settlement agreements.8Corporate Compliance Insights: “The Curious Absence of Corporate Monitors: When is the Benefit for a Monitorship Clear?”, Michael Volkov, January 27, 2021

Much has been written about anticipated changes at the DOJ under the new administration and with the appointment of Attorney General Merrick Garland. Most commentators agree that under the Biden DOJ, there will likely be an increase in the number of new investigations and in the imposition of corporate monitorships when the government identifies significant criminal violations of law by companies.9Skadden: “Biden Administration Signals Its Intention To Be Tougher on Corporate Crime,” David Meister, Jocelyn E. Strauber, Ernie E. Butner IV, Andrew C. Stavish, January 26, 2021 In short, monitorship will remain an important tool in the DOJ’s arsenal of enforcement.

What to look for when selecting a monitor

As noted, this article does not address ways to avoid a monitorship when an enforcement action is underway. It assumes that this debate is over, and the selection process has begun.

The Morford Memorandum outlines the process and criteria for selecting a monitor in its first principle:

The monitor must be selected based on the merits. The selection process must, at a minimum, be designed to: select a highly qualified and respected person or entity suitable for the assignment and all the circumstances; (2) avoid potential and actual conflicts of interest, and (3) otherwise instill public confidence by implementing the steps set forth in this principle.10See Morford Memorandum at Reference 3

The relevant commentary suggests that the government and the impacted company should discuss and come to an agreement on what qualities, expertise and skills the monitor should have.11Id It also recognizes that while attorneys may have the appropriate skills, other practitioners, “such as accountants, technical or scientific experts, and compliance experts, may have skills that are more suitable when serving as a monitor under the particular agreement”.12Id

Subsequent DOJ guidance has supplemented the Morford Memorandum with additional direction addressing the selection and qualifications of the monitor. On June 24, 2009, then-assistant attorney general Lanny A. Breuer issued a memorandum entitled “Selection of Monitors in Criminal Division Matters”.13U.S. Department of Justice: Breuer Memorandum: “Selection of Monitors in Criminal Division Matters,” Memorandum from Lanny A. Breuer, Assistant Attorney General, DOJ, to All Criminal Division Personnel, June 24, 2009 In addition to specifically adding the requirement that counsel for the impacted company recommend to the DOJ a pool of three qualified monitor candidates, counsel should also provide a description of each candidate’s qualifications and credentials to support the recommendation.14Id The guidance also permits the company to “express a preference and/or identify the monitor candidate among the pool that is its first choice to serve as the monitor”.15Id Further, Criminal Division attorneys when making a recommendation within the DOJ on the selection of the monitor should consider:

The Conspiracy of Goodwill: Gus Seelig and the VHCB

Thank you for subscribing.

We respect your privacy and take protecting it seriously