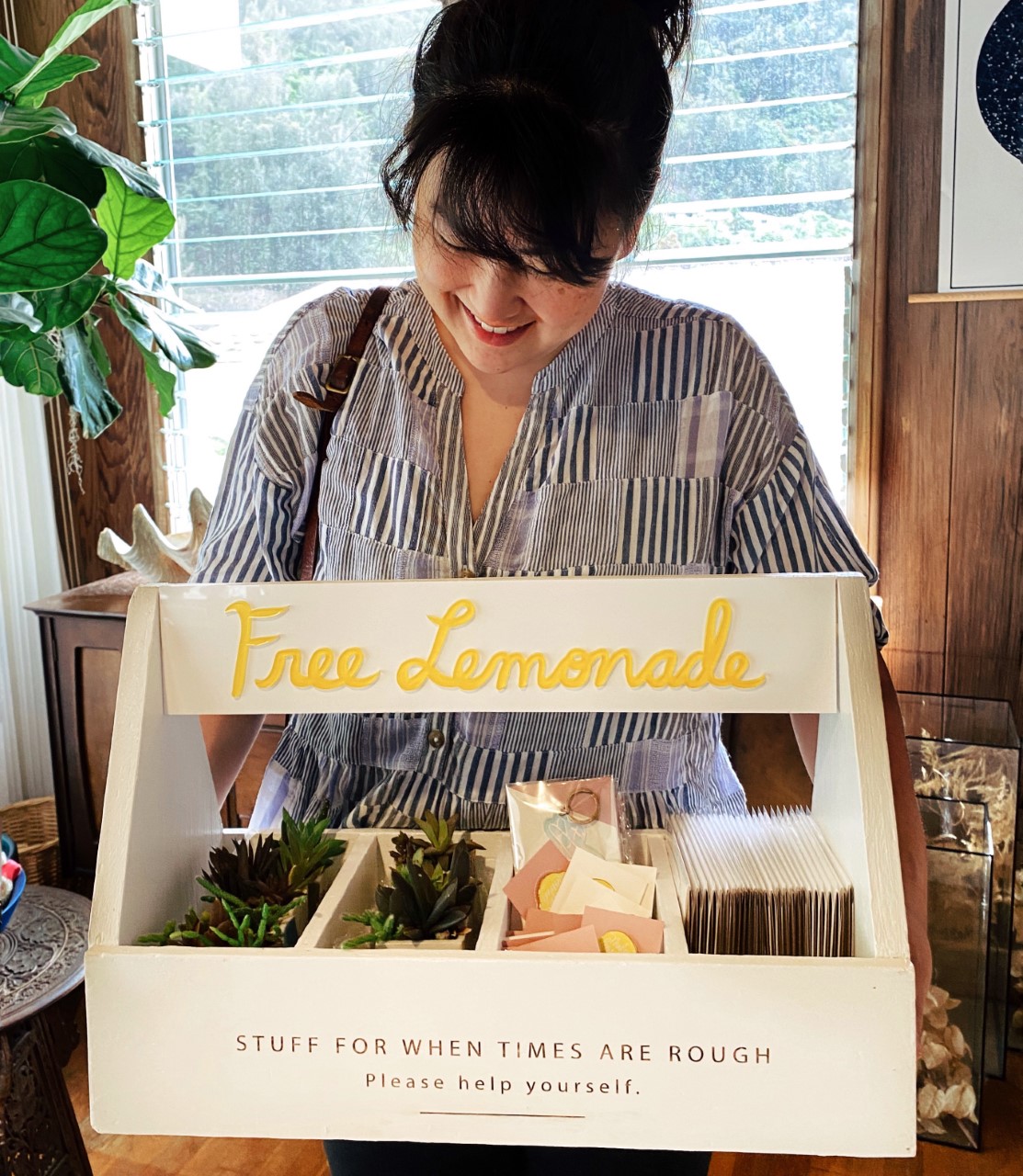 Great proverb. It’s the optimistic oomph you need when car troubles, job woes or bad breakups knock you down. But when the word cancer falls on your ears, the silver lining can be buried deep in a dark cloud. However, there is always hope. And that comes with love, a tribe of people who care, and possibly some lemonade too, metaphorically speaking.

In 2015, Kelsey and Michael Darling began their fresh, blissful life as mister-and-missus. Four months into their marriage they received tragic news: Michael had a 12-centimeter mass in his chest caused by a rare genetic form of cancer. It was stage 4. “Right after the diagnosis, we spent six hours meeting with nurses, social workers, doctors. It was so overwhelming,” says Kelsey Darling. “It was all happening so fast. In an instant, we’re looking death in the face.” But something—or rather, someone—helped calm her nerves, and heart, that day. Dr. Paul Morris, a thoracic surgeon, asked the Darlings how long they had been married. “Four months, I said,” recalls Darling. “He replied, ‘Well, our job is to get you to your 50th anniversary.’” 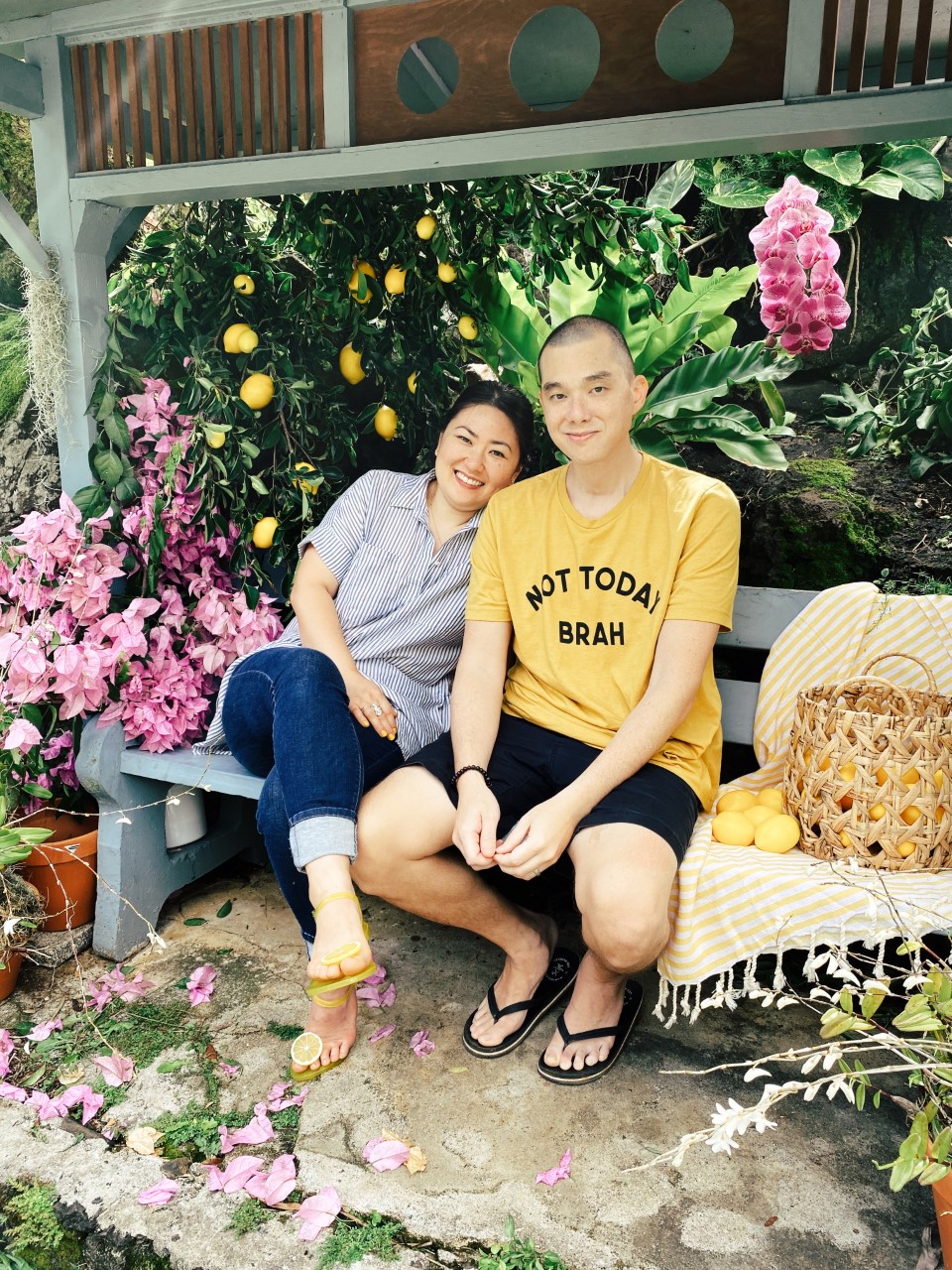 This year the couple celebrated their sixth wedding anniversary. (If you have a glass, raise it up!) This might not be a big milestone for most couples, but for the Darlings, every day is precious. Every laugh is a win. Every memory made is gold. And with Michael Darling still bravely battling his cancer, every anniversary is a year closer to a lifetime together.

“There are days when the hot tears pour out, you know? Those are the tears that burn with anger, fear and frustration. The cancer spread to his bones, and I look at my best friend, wishing I could trade places with him,” says Kelsey Darling, her voice trembling. Then, as if the elephant on her chest got up and walked away, her spirit lifts: “But there are really good days too. Magical ones.”

She’s referring to the hours when her husband is feeling full of life, and they can share days, laughs and a game of sudoku together. The Make Lemonade Project that she launched this year, which was inspired by people who help celebrate magic moments and provide comfort during challenging times, is another reason she believes in blessings.

“While sometimes I feel like our journey has brought us bushels of lemons in the form of very hard days, we are very grateful for the time we have. Making lemonade is our metaphor for sharing hope and strength in the form of free meaningful gifts that patients and providers fighting cancer can have,” says Kelsey Darling, a master calligrapher who put her talents to work on the project. “I worked closely with hospital management for permission to have my handmade wood box, with free lemonade painted in bright yellow letters and filled with keychains, ornaments and cards calligraphed with quotes like ‘trying my best’ and ‘you got this,’ to be a permanent fixture at the cancer center.”

After she posted her homemade lemonade stand on her Insta account (@hawaiicalligraphy), other businesses wanted to contribute and donate gifts of their own. Seemingly in no time, “lemonade” was pouring in, in the form of generous gifts from more than 100 individuals and businesses throughout the community and around the world. Those gifts have sweetened the lives of many fighting the unrelenting disease.

“Jana Lam, Fighting Eel, Twiggy, Short Stack Hawai‘i, Ben Franklin Crafts, they’ve all donated generously—without me asking. Crocheted lemon stress balls, port pillows, lemon masks and potted succulents are just some of the awesome donations we’ve received. When I lose hope—being a caregiver has its I-want-to-scream moments—this stand, the people that contribute selflessly, reminds me that the sun will come up. A very sweet lady that I got to know wanted to contribute; she made beaded guardian angels for all the cancer patients at the center and her tag read, ‘An angel to watch over you, handmade by Georgia Matsumoto, cancer survivor.’ That’s magic. That’s when the joyful tears come,” says Kelsey Darling. 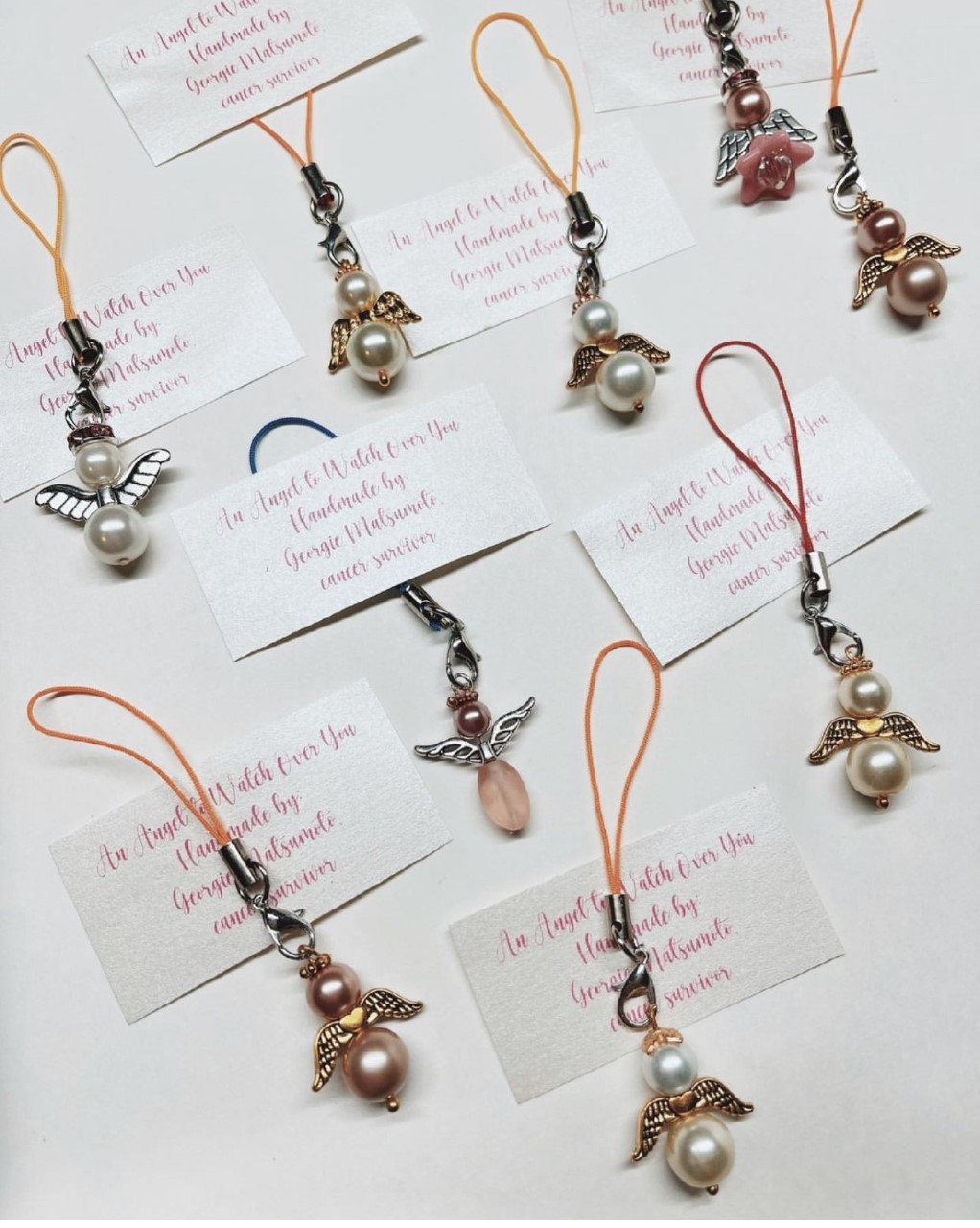 Her Make Lemonade Project also involves a grant program for those struggling to pay hospital bills and a retail shop with proceeds going back to the project’s operating costs, and patient support and care.

“Our grant program is crowdfunded and its purpose is to help pay medical bills for hardworking cancer patients that don’t qualify for government-assisted programs, like Quest, but aren’t wealthy enough to cover growing hospital and travel bills that can go beyond tens of thousands of dollars. We know firsthand the stress of financial toxicity, and why should people have to worry about this when they’re fighting to live?” Darling says. “We just delivered our first grant payment to a well-deserving family on a neighbor island. Our contribution came on a day that was particularly hard for them. I hope it made a big difference, not just financially.”

Recently, Darling asked a mom battling cancer that if her only option was to pay for food for her kids or a round of chemo, what would she do? “Pay for food,” the woman said, without hesitation. Heartbreaking responses such as this strengthen Darling’s will to find the emotional space to do more. In February, the Make Lemonade Project will have its first gala. “People are already starting to contribute; I am so excited for this event and to see the good it brings,” she says.

While talking with HONOLULU Magazine for this article, Darling paused often to shake off the tears that came with her storytelling, apologizing for her nervous mess. But instead of nervousness, what came through was the incredible love she has for her husband and all the other cancer patients and caretakers who need reminders that they’re not alone—a sentiment she learned from Dr. Clayton Chong, a medical oncologist specialist, who said to them at their very first appointment: “You’re our patient now. We got you.”

Read More: Local Business Offers Hope, And Smiles, To Those Touched by Cancer